Why Creative Sex is Better Than Straight Sex 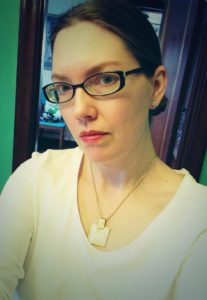 Let me school you on creative sex…

Years ago, I went to a swinger party with an ex. There were six women at the party, and we all had lots of fun. But, to my surprise, when we were driving home, my ex lamented, “I only got to be with four of the women there.”

That’s right – he was dissatisfied with only getting to stick his penis in four of the women’s vaginas that night. He was keeping score!

I’ve noticed other times where I’ve played with a man, and we’ve gotten naked, shared pleasure, had oral, but he left disappointed because he didn’t get to do ALL THE THINGS, i.e., stick his penis in my vagina and have intercourse.

Meanwhile, I’m having amazing, abundant sex with my partner of 12 years that is leaving us both extremely happy and fulfilled. 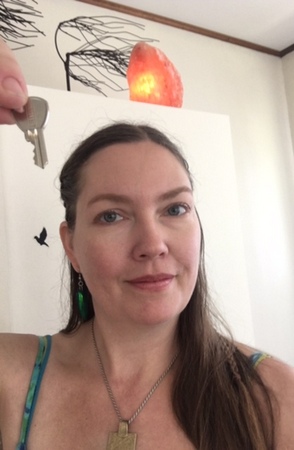 The Key to Good Sex!

You want to know why?

Because we are having CREATIVE SEX. We aren’t having straight sex!

Creative sex, on the other hand, is more about pleasure, skinship, being in the moment. It is about savoring the experience.

Straight men crave intimacy and connection, but they seek it out in a rigid way that can set them up for disappointment and failure. Moreover, it can be off putting or dissatisfying to their partners.

Creative sex is more egalitarian, and allows for more pleasure and orgasms for all parties involved.

Guess who has creative sex? 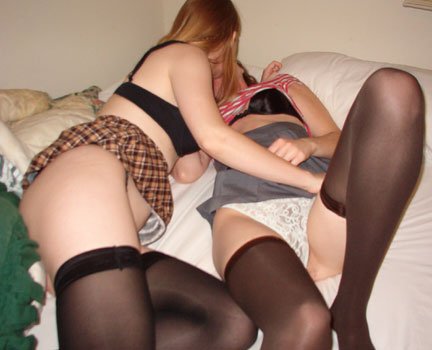 Me with a lady friend

Creative sex can be extremely intense and passionate, but the structure reduces anxiety and unrealistic expectations.

How do you learn creative sex?

Book a consult with me.

Read this article and watch this video on mindful sex. 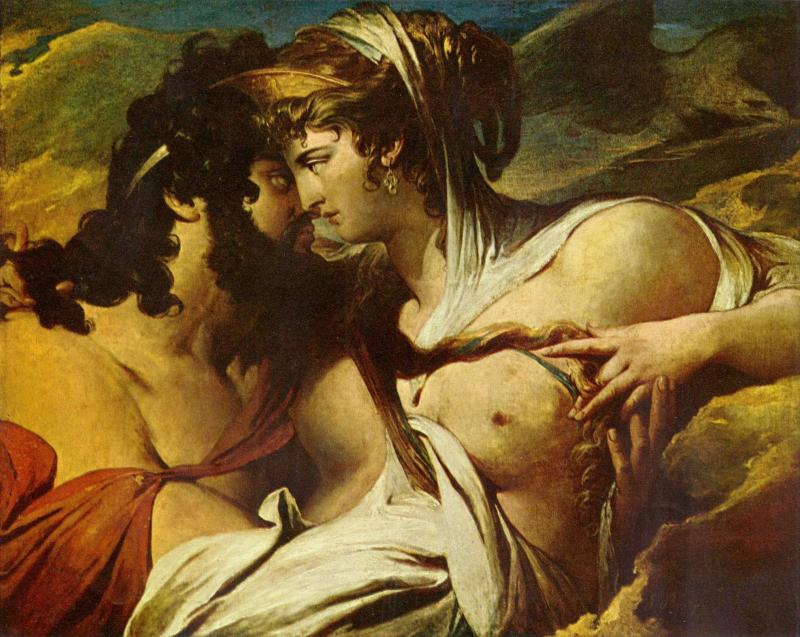 Married men often complain about how their wives are not up for sex as often as they would like, but what if they incorporated creative sex into their repertoire? After all, if every sex encounter involves a lot of effort and aerobics and penetration, it won’t be as compelling to commit to such a high level activity.

Seriously, if you’re a man, imagine if every sexual encounter you had required you to be penetrated, with little likelihood of orgasm (see “orgasm gap” research). You might take a pass, too! I’m gonna go ahead and say it – straight sex can be BORING.

My partner and I have sex almost every time we’re together (we see each other about three or four times a week), but we aren’t having PIV (penis in vagina) sex every time. We have PIV about 20-25% of the time.

The rest of the time, we’re asking each other what we are feeling or into. If we’re tired or moody, we might settle for something low impact or relaxing, such as lazy sideways sex, or him holding me while I vibe it out. We often use toys and tools. We might use oral or hands. We might roleplay. We might worship. We might play wrestle. We might 69. We might massage each other with coconut oil. We might take turns being the center of attention. We both have orgasms – IF we feel like it. We check in with each other, and trust that we will speak up if something isn’t working or we need a break.

Our focus is on pleasure, not performance, and it’s soooo good and mutually satisfying for our emotional and physical needs.

My bisexual friend Lady Phoenix points out something very key: “I think creative sex  includes being willing to be vulnerable as well as intimate. For example: being willing to have sex even if, let’s say, ED is part of the equation. Recognizing that intimacy and creativity can still be in play, which manifests creativity. It’s circular in motion. It’s physical, emotional, and sometimes even spiritual in nature when the right connection exists. After all, we are all here to connect to others in some way.”

So, go out there and in the name of all that is good, be CREATIVE with your sexy self! Create pleasure for you and your partner(s)!

Creative sex is so much more fun. As a man with E.D. I have to be creative. Foreplay can last a very long time, and women can climax over and over. I love feeling that.

As a queer man* in his late 40s, my pleasure from sex is rarely about only orgasm and ejaculation. If those were the only ways I were able to enjoy sex at this point in my life, what with the issues I’ve to overcome, I would not have a very satisfying sex life. Learn not only your bodies pleasures away from your penis, but tune into both your partner’s emotional pleasures, as well as your own. Also consult with Kendra, her mind might be even better in person!

Four C’s I have yet to embrace in my mostly sexless life.

I relish in your blogs and reread them often. Incorporating your teachings are harder for me, but I keep trying. It’s great to have this resource here.

I’m very happy with this article, what it addresses, how it is written, and even the comments.

This article validates how I sometimes feel and have felt- from both sides of the spectrum.

I appreciate this. My partner and I are both middle aged and have some health issues. Missionary doesn’t work for us. We found other ways to have all kinds of wonderful creative sex.

I could never have regular, straight sex. It saddens me that I can never be like my brothers in that regard. However, I’ve learned, through multiple sessions, to stay grounded and never go past my limits. The consequences could be dire.
I learned a lot through creative sex. I learned that I like kissing more than I thought I would. I learned if I go slow, even if I don’t orgasm, it pays of later. I learned it’s possible for me not to orgasm in a session, and I didn’t the first two sessions.
I’d like to experiment with more of this kind of sex in the future, to see if I can really please someone with my slow ways.
I hope to see you again soon.

I love this so much. In my last monogamous relationship, my partner damn near refused to have creative sex. It was incredibly frustrating. He struggled with ED, and I would suggest so many other things we could do instead of penetration, but his shame never allowed him to be vulnerable enough to pursue those things with me in the 2.5 years we were together.

There are so many sexual activities that are pleasurable, there is so much to explore, and there’s no shame in exploring those things together with trusted partners.

Thanks for the writing, it really spoke to me and to what I enjoy!

I have read the community Policy and especially noted, “Non-constructive posts designed to harass or insult The Beautiful Kind writers or other commentors are NOT permitted in any way. Moderators will close or remove such posts or topics and users blatantly ignoring the policy.”
But I must be completely honest with you. I googled “loving master blog sex” and was lead to this website. My initial initial hope was to be lead a a sub blog about the goodness of her master and comment. But I am here, and I too have a comment to make after reading this blog.
I can see that you enjoy sex very much, and have kept your passion for it throughout the years (I think the link to this site came from 2010).
I haven’t had sex in a while now, but I used to purchase sex with prostitutes often, it was because I got to do what I wanted. I am now in a committed non-sexual relationship with my fiance, awaiting for marriage before that part of my life would begin.
I am a Christian. I am enjoying every moment of this life while looking forward to the next life. My bible tells me that in the resurrection, we will be as the angels (we will be raised spiritual, there will be no flesh, and thus, no sex).
I can see that you are a master of sex, and quite frankly, I have known its pleasures. But that occupies only a few hours a best a day. For the rest of the day, we must live life. As for you, you are so consumed by your passion that you have made it your career. For the rest of the world who love sex and its pleasures, they cannot afford to think about it every moment of their lives.
So I write this to say: sex is good but it is not everything. I write this to say: sex is sacred, its purpose is childbirth, and should be held between a male and female in marriage.
I hope that I have not offended you, that you do not feel accused in any way. I went to your services website and saw that you charge 120$ an hour for consultation. I have bookmarked it. I give you my word when I have the funds to do so, I am looking forward to seeing you in person if you will have me. For now, this is my letter of commendation to you.
I hope you will have a safe rest of the week.

You have not offended me. I respect your stance on sex in our current state. And I am glad you respect my stance, as well, that sex is one of life’s pleasures. Death is another chapter…

I have been so fortunate to have creative lovers, but when I started having sex with other women, my idea of creativity completely changed.

Your brain is the limit!

Kendra, what a lovely and loving tribute to expansive sexual expression! You’re an important teacher, and many people of any age would benefit from reading this. (And wow, thank you for mentioning my website!)

Well composed. Like a good roux, my most satisfying intimacy comes from building and layering the foundation for it, sometimes for minutes but others for hours, even days. It works because of the verbal and nonverbal communication that is omnipresent and not overlooked. We’ve had mental foreplay before ever touching. Getting to sex can still be minutes, hours or days later, slower than slow or primal or a combination, but our thoughts and urges have been lubed, and we consummate with selfless pleasure irrespective of the notches in our weapon.

My wife and I recently discovered your site when I rented the Wicked Senior Sex video . Hope there are more respectful videos like that to follow . We’re in our mid 60s I have some mold ED issues and she is post menopausal ( dryness ,, ect ) and says that’s why she isn’t as interested . Half my life ago I was involved in the swing club in Atlanta ; mostly as the bull in 3somes. I’ve told her much about this snd find myself very aroused at the prospect of being the cuckold ; but she comes from a repressed background : insists that she’s never had a sexual fantasy : Not the vixen type . Hoping that your postings lead to more creative sex.

What the heck is going on with my orchid? 🤔🌸 https://t.co/aOr4Ul3dkQ