Trump: The Biggest Cockblocker of All Time 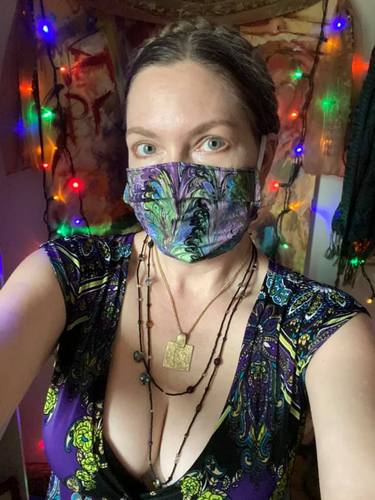 Masked up and ready

Since March, I’ve been contacted by countless men seeking intimacy.

In order to keep my loved ones safe, I’ve had to change my entire business model. I’ve met with about four clients a week for online talking consultations, which is all well and good, but that’s not what they really want.

If I were to have booked as many sessions as I wanted, I could have scheduled five a week, which amounts to 400 sessions.

Instead, I had to be very careful and screen extra vigilantly, and insist on wearing masks, which a lot of people resisted.

I ended up trying seven masked sessions since March.

I felt much more comfortable with the men who were as conscientious as I am; the men, who, if I had asked to ditch our masks, would have said, “NO WAY.” Those men were doctors. Those men were scientists. These men had a disabled family member. Those men had cowboy ethics. They cared more about other’s health and well-being than their penis and pleasure.

I felt anxious with the men who were cavalier, who rolled their eyes and chuckled when I asked them to wash their hands. They thought the virus was “no big deal.” If I would have suggested taking off masks (and condoms, for that matter!) they would have gladly done so. 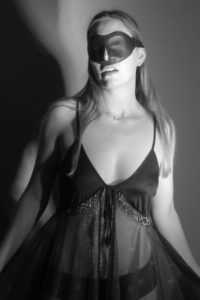 Last week, I agreed to a masked session with a man. Despite him being submissive and wanting me to be in charge of the session, he kept doing little things to break protocol. He kept “topping from the bottom”. Finally, when we were in a most vulnerable state, he violated my safety boundaries.

There we were, him lying on his back naked, me kneeling naked between his legs, jerking him off with black latex gloved hands, using lots of lube and talking dirty. It was super hot! He was raging hard, and getting so worked up. Finally, he exploded. As he erupted, he yanked off his mask and gasped, breathing hard and heavy.

Now, I don’t blame him for losing control like that – it happens. But that is why it’s not wise for me to put myself in situations like that – I KNOW how intense it can get, which is why I’ve come to the conclusion that certain sexual acts are not safe to engage in, even while wearing masks. If the whole point is to protect the other person from possible virus exposure, then getting all up close and personal and passionate with someone you barely know is NOT a good idea.

Since I had already played all kinds of scenarios out in my mind, I maintained my composure and didn’t ruin the moment. I leaned back and held my breath. I wanted to blurt out, “PUT YOUR MASK BACK ON!” but I waited a few seconds, and then said pleasantly, “It’s good to see that you are smiling, but…”

That reminded him to put his mask back on. We finished up our time together, and he left, very satisfied. As I cleaned up, I thought about how the virus can hang in the air for a while. Did I think he had the virus? No. Did I know for sure he didn’t have the virus? No, which is why masks were used as a precaution.

Reluctantly, I realized I would need to get tested, and cancel my plans the next day to see my partner. I’ve kept to myself ever since the “barefacing” incident.

And then I’m going to figure out my plans moving forward. The safest bet is not to see ANY clients in person until things are safer. But is there an acceptable balance? Nobody really knows! We’re all trying to figure this out as we go.

Here are intimacy activities that are lower risk for masked sessions:

Otherwise, masked sessions tend to be awkward, hazardous, and stressful, which is decidedly NOT sexy, and not really worth it.

Covid cases are up 100+% in MO. St Louis region is pushing 20,000 confirmed cases. This crisis is not getting better – it’s getting SO MUCH WORSE.

If we had better national leadership and cooperation back in April, or even May, we’d be over the hump by now. But because people in power denied the serious deadliness of this virus, and everyone insisted on doing whatever they want and closures happened at different times, we’re being held hostage indefinitely. Other countries were able to accomplish a 95% lockdown rate. We only got to about 50%, which is not sufficient for flattening the curve and getting on with our lives.

Tragically, I’ve learned that my gut is more trustworthy than my gov.

So, that is why I think Trump is the biggest cockblocker of all time. His deadly sins of gluttony for chaos, as well as pride, greed, and wrath, have totally fucked up our chances of dabbling in just a little bit of lust!

So hang in there, my frisky friends. Use this time to hone your fantasies, polish up your “fuck it” list, and work on self-improvement, so that when we’re all finally able to let our freak flags fly, we’ll be ready to rock! 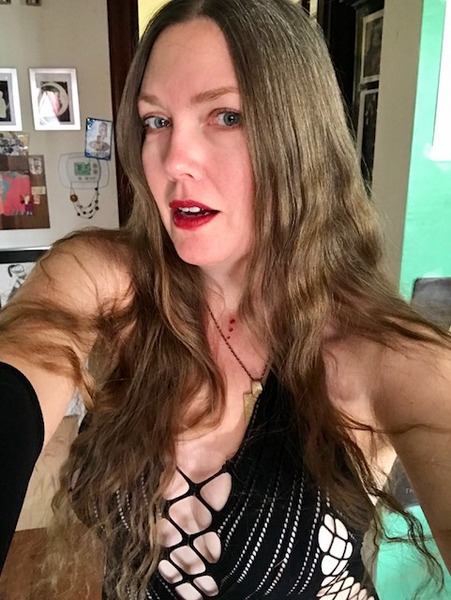 You’re so right. We should’ve been locked down and over the hump by now. Instead Trump was tweeting “LIBERATE MICHIGAN”, “LIBERATE VIRGINIA”, etc. while his Task Farce was telling states to remain shutdown.

Can’t wait to get back to the good times!! Stay safe

I recently had a session with a new Domme. We both were masked the whole time. Yes it was different but it was a satisfying experience. I don’t like the situation we are in but I can live with the restrictions. I just want to get through this. I need naked touch.

Dan Savage hipped me to your blog. I dig the way you write. That’s all.

Thank you! I was excited he mentioned it! That was quite an episode, ey?

It might be sexy and exciting now, but what do you do when you end up with a pregnancy by your friend? That sounds really complicated. I am reading this rather late so I wonder, is your wife pregnant?