Eric Barry’s essay on Huffington Post starts off with a visceral bang:

Right now I’m scared. I’m terrified. I have not had steady employment in over three years. I’ve burnt through my entire 401(k). I’m on food stamps. I’ve paid my last two months’ rent on a credit card, and have no means to pay this month’s.

Eric is a man living in San Francisco struggling to survive because of his past sex work and for being out about sexuality. 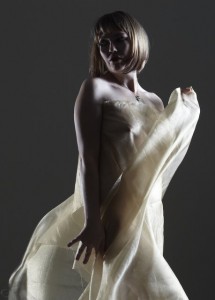 As a bisexual mother in the Midwest who is out about her sexuality, I have been in his position. Three years ago, I was in the depths of despair. With no steady employment for three years, I was running out of options. I was at risk of losing my home, my daughter, and my life.

I was fired from a job for having this sex blog. My boss was outraged and disgusted with me. It was an ugly and traumatic scene.

I was desperate. I hustled. I begged. I signed up for food pantry services. It was humiliating and debasing.

My ex-husband sued me for full custody of our daughter – since I was out about my sexuality, he declared me an unfit mother. At a meeting with him, I pleaded for him to drop the lawsuit against me. He responded with a cold stare across the table and stated, “You don’t belong here. Why don’t you move away to somewhere where they accept your kind of behavior?”

It’s so crazy – you can have a sex life in this society, as long as you are private about it. If you are open and talk about it – if there is public evidence of your sexuality – you are persecuted and shunned.

People sympathized with me and donated to my legal battle, but they were getting tired of me whining about my troubles. My fear was turning them off. Still, they suggested all kinds of helpful ideas, most of which I tried, but I was growing numb.

While keeping an eye out for something full-time with benefits, I took on as many odd jobs as I could – cleaning basements, figure modeling, medical experiments, helping out an old man neighbor who didn’t have internet so he couldn’t google me and find out what a sex freak I was…

I started brainstorming living options for if I lost my house – move into my partner’s basement? stay with friends? live in my car?

I decided I would rather die than do that. I secretly started planning my suicide for when I got to that point of homelessness.

But dammit, I COULDN’T kill myself – I had a daughter! I knew she’d rather me be a “loser” than dead.

My partner stayed with me during the entire ordeal. He was a positive force in my life – he believed in me. He shared this song with me:

Finally, I got a break. A friend in my network told me about a job opening. I looked up the company, and was skeptical. I wasn’t sure I wanted to work at a place like that, but I always applied to every job I learned about, because you never know…

They called me in for an interview! I checked the place out, and it was better than I thought it would be. 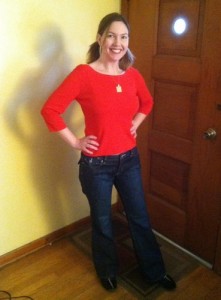 They saw the potential in me, and holy shit!!! They offered me the job. My sex-positive activism was a non-issue for them.

I started out at $10/hr, and am now in management. I was allowed to prove myself. They trusted me to keep my personal life separate from my professional life. They don’t care that there are naked pictures of me all over this blog – they’re mature enough to realize I’ll wear clothes to work and do a good job.

Before, I was suffering from lack of opportunity. These days, I’m dealing with TOO MUCH opportunity. In addition to my day job, I’m also in demand as a sex and relationship consultant, and a sex surrogate. Plus, there’s leading Sex Positive St Louis, being in an amazing open relationship, dating awesome people, raising my amazing daughter, getting along with my ex… my cup runneth over.

I feel empowered, respected, confident. I’m making a difference in our community. I’m repaying my debts. I’m achieving my goals.

I was given a chance.

I’m a living example of being an out sex worker who is successfully living life on my own terms. I walked through fire and got to the other side. There were times when I wondered if I would make it.

Here is my advice to those who are struggling to survive:

– Keep your wits about you. Take care of your duties and obligations.

– Turn negative into positive. Is society making you feel ashamed of something? Well, society is ignorant and needs to be educated.

– Be a survivor, not a victim. Let your past be a solid foundation to grow off of and become stronger because of it.

– Read David Wong’s article “6 Harsh Truths That Will Make You a Better Person.”

In order to be successful, you need three things:

Always keep your network and options open. Eric Barry is reaching out – will his HuffPo essay score him a job? Will his needless suffering ease soon? I sure as hell hope so. I know a lot of us are rooting for him. He is smart. He is capable. And WHEN he succeeds, he’ll be another good example of how living authentically can pay off.

We can’t allow society to bully us into hiding. As the line in “Hustle and Flow” goes, WE IN CHARGE.

Don’t allow despair to take over. Remember that there is always reason for hope. We’re in this together – we all take turns with shitty times and good times – be as strong as you can during your shitty time so that you can enjoy the good time waiting for you around the corner.

You’ve been through a lot. You deserve it.

You’re an inspiration. I just wanted to let you know that.

I’m a long time Facebook follower; I’d interact with more of your statuses on FB but I’m deathly afraid of my coworkers discovering I’m sex positive and losing my job over it. Yeah.

Keep on keepin’ on.

I’m proud of you! What a struggle it’s been at times….what a bounty life has provided throughout!
Like no other, My Queen.

I’m so happy to see that things have worked out for you. It’s such a messed up double standard in society how it’s OK to be have sex, But you better not let anybody know about it, (especially if you are female) Or even worse yet, that you actually enjoy it!

You are an inspiration to us all!

Kendra,
You are living your life the way you should. You are honest, transparent, even. You are into hard work and hard play. You are a loving, nurturing mother. You are sex positive in the most positive way. You are an adoring partner. You deserve the respect that others give you. You are articulate and forceful in your beliefs. You think of others and consider their needs. All this I learn from your joyful and sometimes sad outpouring on this blog. You have a marvelous sense of humor and justice. Bless you.

three years ago… Oh my goodness… I lost my home and nearly all of my possessions, and was fighting to keep my son in my life… I was experiencing my hardships right along with you going through this. You were, and are a wonderful friend. I’m so glad that we both made it through with our wits intact, our sense of humor still healthy, and with much love to share.

I am critical of sex positivity in some regards, but that is another essay for another day.
We’re all awash in a sea of sex in the media and in our culture, its our guiding light, our highest moral purpose.
ONLY if it is the sanitized, hairless, castrated kind of sex that can sell diet Pepsi. Its so immature. You’d have to be a fool to think that people who choose to open the boundaries of their actual sex lives are free from prejudice. We have to remind ourselves that it’s not even vaguely illegal to have sex with a consenting adult.
I think the whole titillation of it all is the problem, because we fetishize difference, badness, dichotomies of power, race. There has to be a whole class of people who are elevated and pure to get a vicarious thrill out of consuming the bodies, stories and images of the debased.
But fucksake, not even! I was on a comments thread on xojane recently. A married woman said that she has skypesex with her husband who is deployed in Afghanistan, she used her real name as well. And this woman jumps in saying “Now all your friends and family know what you’ve done! Why did you use your real name?!” And its like… oh fuck, call CNN, two monogamous, married adults maintain sexual intimacy though private skype sessions!
I’m not exactly someone who shouts from the rooftops about my sexuality at all, I could even sometimes come across as something of a prude, but this is not about penises and vaginas and mouths and assholes, its about regular freedom!
In a way, the internet has been the worst thing, in the sense that people desire to make connections with one another through shared interests and there’s always that risk that you could be ‘discovered’ at the same time it continues to push the moral boundaries of society. And to do that in any meaningful sense you HAVE to be discovered and exposed again and again.
I admire your bravery Kendra! I honestly couldn’t hack what you’ve endured, but just by being like, yep, I’m a regular 40 year old mum, and this is how I roll, deal with it! It forces people to confront – GASP – we have genitals! And sometimes we get horny! And guess what, that’s how human beings are created!
I might not ever want to have the kind of sex that you have but you are strong on behalf of everyone. In this modern life even NOT having sex is seen as perverse, and with technology galore, I worry about young women being secretly filmed or convinced to send pictures that they think will be kept private, and then shamed, for doing something that is as natural as breathing and eating. If you have sex on the reg, rarely, or not at all, this prejudice applies to all of us. Okay, maybe except for white hetero normative men.

Sincere gratitude to you for paving the way….

I’m a longtime follower, and I was part of the ‘support you but was getting tired of the desperate pleas for money’ group.

But you have taught me much, inspired me, and made this blog required reading for me.

Most importantly, perhaps, I think the “I’m happy” picture of you is the best one you’ve ever posted.

Brilliant! Proof that Randy is a VERY stable genius. https://t.co/xvPgI75cCf

My front porch held space for a life changing event this morning. How cool is that?? https://t.co/xK0efSDnGx

"Hitting first has always been the mark of evil. I don't think any spiritual thinker has ever said otherwise." - Anne Lamott