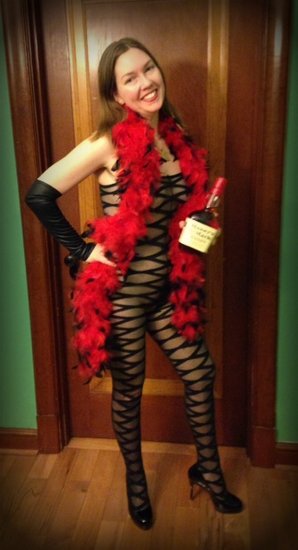 It was an intense emotional and physical whirlwind, full of unexpected thrills and chills.

First and foremost, I must get down on my knees and humbly thank my partner Matthew from the bottom of my bursting heart for all that he endured. Keep reading and you’ll see why.

I also want to thank all our friends who pitched in and helped us pull it off. We could not have done it without you.

We could not have done it without you.

I have no words. But I will do my best here.

It all started when I decided to host upscale swinger parties. I wanted to do it right, so I rented a luxury vacation home 45 minutes west of St. Louis. I charged admission to offset the costs, plus a good friend of mine sponsored and supported the endeavor. The play party was scheduled for Sat night.

We had the house for the entire weekend. We could have enjoyed it as a couple, or with select friends on Friday and all the time surrounding the party Sat night.

Instead, I asked Matthew if he would mind hosting a Sex Positive St. Louis fundraiser as well.

So now, instead of just hosting one big party, I was hosting two big parties back-to-back. Things were getting intense. I was fielding countless emails (“how much?” “what should I wear?” “I’m new and nervous!” “can I bring a date?” “can you help me find lodging?”), ordering food, shopping, signing rental contracts, visiting the location, coordinating details, worrying about parking, and pretty much freaking my shit.

Then, Matthew’s grandfather suddenly died in rural Illinois, which left him reeling.

So much was at stake. We had people coming in from other states. We had a chunk of change on the line.

Of course, family came first, and if the funeral was going to be that weekend, we would go, and we would not cancel the party. Come hell or high water, we would find someone to host it for us.

Thankfully, the funeral was Sunday and Monday, which freed up Friday and Saturday to carry on with our plans.

Still, one thing he passed on to his grandson was Cowboy Ethics. You gotta follow through, and get the job done. Even if it’s wrangling a swinger party instead of a herd of cattle in a blizzard.

As Freddie Mercury said, The Show Must Go On.

Stunned with grief, we plowed forward. This is a view from the party house. It sits right on a lake on 50 acres, down a country lane. As you can see, the lake is breathtakingly beautiful and utterly frozen: 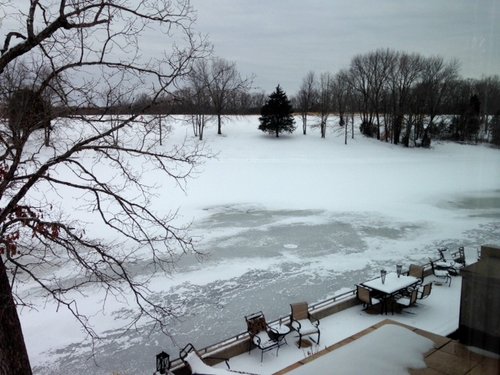 It’d be so great to rent the place during the summer! It has a pool, too!

Friday night was SEX+STL Queen of Hearts 2: My Naked Valentine. This is what my naked costume looked like:

Friends lent us a stereo to use. Shawn Gaston DJ’ed. Emily brought delicious food catered by Shameless Grounds. A couple of her friends volunteered their burlesque talent. Johnny helped set up. We were so sad David Wraith was out of town and missed the party, but he was presenting at a sex-positive conference in Vancouver, where it was warmer!

And our people showed up for this unconventional social gathering! Even though it was snowy and icy, they made their way down the narrow, treacherous lane and danced and partied NAKED. It was SO MUCH FUN. The energy was great, everyone was so interesting and cleverly unattired. At first, the house was chilly – the furnace had a hard time keeping up with the bitter cold, but over the course of the evening, the combined body heat and Buck stove fireplace warmed the place up.

When it was time to leave, EVERYONE just pitched in and cleaned up all the empty bottles and trash. What would have taken me four hours took them ten minutes. I couldn’t believe it! We did it!

Then, everyone got stuck going up the hill, in the zero degree darkness. Matthew and a couple other guys spent more than three hours that night helping people park and pushing cars up the hill. At one point, he slipped on the ice and fell flat on his back – KAPOW. And here I was aching from wearing high heels all night long!

When the last guest left, we collapsed in bed and slept for a few hours. In the morning, he had to leave to work a job in the city. I had plans to lounge around the house in my jammies and read, maybe take a bubble bath and leisurely get ready for the next party, but that didn’t happen. Our friends staying nearby came to take me to breakfast, and then they got stuck on the hill! We paid extra for someone to come plow and salt the lane, but that wasn’t enough, so our friends ended up shoveling the drive for over an hour.

Before we knew it, the next party was upon us. This time, it was a play party, so thing were going to be much different. We had planned to participate, but the death in the family knocked the sex winds out of our sails, so we resigned ourselves to being gracious hosts and paving the way for others to have as much fun as possible.

Luckily this time, people didn’t have as much trouble parking and leaving, so our friends hard efforts paid off.

I wondered how things would transition from a social gathering to a sex freakfest – I don’t get into naughty games and icebreakers too much. I needn’t worry – this group was self-starting. After about an hour, some women started making out in the kitchen, and it went from there.

Best of all, there were several folks new to parties like this. Beforehand, they asked me repeatedly if there was any obligation to play. I assured them they could enjoy the party on their own terms. When they showed up, they were visibly nervous. As in, shaking. By the end of the night, they were running through the house, naked and glowing!!!

I have to admit, the week leading up to the parties, I was cursing myself for committing to such a huge endeavor. But as I stood on the landing and surveyed the undulating landscape of flesh bent over the couch and writhing in front of the fireplace, I felt a glimmer of satisfaction.

OH and I made a party faux pas – I promised that condoms and lubes would be on hand, but didn’t have them set out ahead of time, DOH! So my friend took it upon himself to flit through the house and play condom fairy – he tossed handfuls in every room like condomfetti!

Once everyone left, we collapsed again in the master bedroom. This time, in the dark, we sobbed and held each other for a long time. Then, we made love, and passed out.

Four hours later, we were up again, furiously cleaning the house so we could leave by 8am. A couple of our friends had spent the night in another bedroom, and they helped us go through the entire house and get it in order. There’s NO WAY we could have gotten out of there in time if it hadn’t been for their help. Again, no words.

We did find a couple souvenirs in one of the bedrooms: 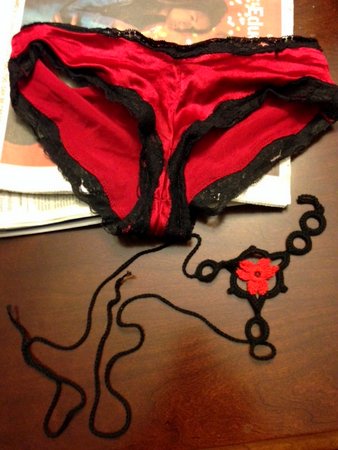 Utterly exhausted, we busted a move and got out of there, efficiently trading revelry for solemnity. Picking the children up on the way out of town, we drove four hours to the funeral home. Mingling with four generations of family, all grieving in their own way, we celebrated this great mans’ full life. He survived so much in his 88 years. Stinking with fear in the WWII trenches, bucking broncos in the rodeo circuit, and wrangling cattle on horseback as a rancher, he was feisty and fiery til the very end, and loved by so many.

It was truly an unforgettable weekend, full of so many beautiful and intense people and moments.

The next party I have like this, no one better die. The weather better be good. And the friends and lovers better be the same!

Wonderful, wonderful background, play-by-play and recap. Talk about your emotional roller-coaster, and as always you/your partner handled things with dignity, consummate skill and wonderful sensitivity. My prayers/condolences to you, Matt and his whole family on the loss of his grandfather (in the midst of everything). Beautiful tribute to him…very poignant and spot-on, I imagine.

Kendra,
Your an amazing woman. Matthew is an amazing man. Thank you both for so graciously hosting 2 fantastic parties when what you wanted to do most was cry. My condolences.
Kate

Amazing recount. Such an amazing story of hosting, sacrifice and volunteering, heartbreak, utter joy, and fulfillment. Congratulations on such a success.

Sounds like a party I would have enjoyed going to, but alas, not knowing and working in the city all weekend precluded any first hand experience. I’m so glad that so many didn’t not suffer from my complaint.

It was truly an amazing evening; I can’t tell you how blessed I feel to have Matthew and now you in my life! I feel the best years are yet to come for me and my beau. I can’t wait for the next adventure, and we’d totally help plan a summer party at that beautiful house…

Sorry for your loss.

WOW!!! Amazing story and chain of events. We move to Houston, TX and now there are upscale swinger parties in our old back yard. 🙁

What kind of bird sounds like this? 🎼 They have a singing gig right outside my bedroom window every 3am 😩 Thank goo… https://t.co/pDmDVcp4XQ

😡 I think going to church is a waste of time, but instead of abolishing all churches, how about I just don't go to… https://t.co/jscCpO0O4P

SW support group via zoom today Thur 3:30-5pm cst. DM me if you're interested in joining us. This group meets every Thur.

For 2 years, I've been asking doctors to MRI my dad's brain, but they've been dismissive. Finally got MRI scheduled… https://t.co/Enhp3juWqE