My Date with Orville

I adore cute little old men, so when one contacted me online asking for a date, I happily agreed.

We met in the dim, red, richly appointed lobby of a luxury hotel. We were both a little nervous. I had no idea what he looked like.

I was relieved when one of the anonymous men standing around broke away from the faceless crowd and warmly approached me. I got instant good vibes from him. 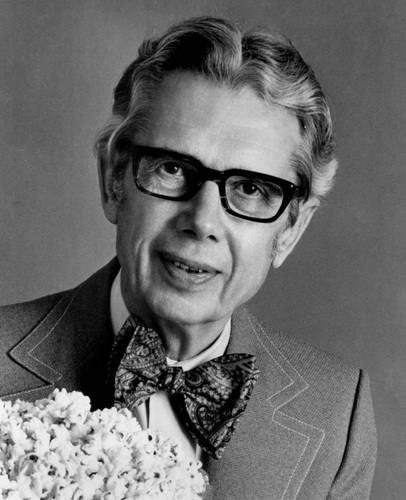 He resembled an Orville. He was small and neatly groomed, very dapper in his three piece suit, right down to his silver tie pin and cuff links. With my elegant black dress and pearl necklace, we made a smart looking couple.

He ordered me a glass of wine, which I sipped politely as we got to know each other on a velvet sofa in a cozy corner.

He was from out of town. He summered in Cape Cod and wintered in Florida, having a home in both places, as well as one in Virginia.

He had a wife of 45 years who was a good woman, but never touched him, not even holding hands while they watched a movie, lest he get the notion that this basic physical contact would lead to something more. She had no interest in intimacy or sex – she found it distasteful and unnecessary – and expected him to follow suit.

Trouble was, he was a human being. Humans NEED physical contact. Which is why he sought me out.

A lot of people think whores are homewreckers, when actually the opposite is true. They do a great service keeping marriages together.

Many straight men NEED to sip from the cup of feminine energy just as they need to breathe and eat. If their wife cuts them off, they will look for intimacy elsewhere, or suffer miserably.

So many people think sex is dangerous and bad, but wow just think of all the lives it has saved. Healthy relationships are more important to happiness and well-being than diet, money, smoking, drinking, or social status.

Do not underestimate the power of the human touch.

Orville was withering away, and he decided that life was too short. Despite the enormous risk involved, he was finally taking ownership of his sexuality and caring for his needs.

He held my hand as he earnestly explained his situation. I understood – I had heard this same dilemma many times before from other men trapped in unhappy marriages. I was happy to help.

After becoming comfortable with one another, we adjourned to the 12th floor. He was a complete gentleman in the mirrored elevator, holding the door for me to enter and exit. The atmosphere in his room was conducive to romance – champagne chilling, bed piled high with pillows and fine linen, mood lighting…I was impressed with his thoughtfulness and courtesy.

He kissed me on the lips, then loosened his tie and began to undress. I asked him to disrobe me as well, turning away from him and holding my long hair up so he could unzip my dress. He did so with trembling hands.

My dress slipped to the floor, and I turned around, wearing nothing but my lacy black lingerie and thigh-hi stockings. I looked him kindly in the eye.

To my surprise, he moaned and sank to his knees, shaking. He wrapped his arms around my legs and rest his head against my belly.

“It’s so good to be with a woman,” he cried. I felt his emotions wash over me, and tears came to my eyes. I was so glad to be there with him, sharing this sacred moment.

Shyly, he asked if I would turn around so he could eat my ass.

Surprised again, I complied, turning so he could peel off my panties. I bent over the bed so he could get in there and lick me thoroughly. It felt very nice, eager and soft. Worship.

He rose and lay on the bed, taking off his undershirt and boxers, revealing his thin and scrawny frame. I took a condom out of my purse.

He surprised for me for the third time when he asked in a small voice, “Would you put that on your finger and put it in my bum?”

That was fine with me, so I sat down next to him and put on the condom, added some lube, and slowly entered his asshole. I felt like a compassionate nurse administering a healing treatment. He verbally guided me as he masturbated with his eyes closed.

“When I was a little boy, my mother used to give me enemas. It always felt so wonderful,” he sighed.

I stimulated him anally and murmured loving encouragement as he pleasured himself, until he finally exclaimed with rapture, “Mommy, oh Mommy!” and ejaculated all over his frail torso.

Afterward, he thanked me effusively and tipped me well. It was such an enormously respectful, positive experience. Not to mention odd.

I only saw him that one time. I hope he is finding happiness somewhere.

Ha, back when face masks were sexier. https://t.co/hMIkreCcLB

Now I'm looking at all the kinds of parties I've hosted in the past: https://t.co/rRIxl74WvC CFNM Gang Bang Reverse… https://t.co/RqjVvBVZ1k

Are you daydreaming about hosting a play party? I've hosted many amazing play parties! Here are my tips for you!… https://t.co/12PdWHxysF