Okay, so you know how I host play parties, right?

I’ve had some good ones, such as the one on Valentine’s Day weekend last year, and the one in April. I called that one epic, but the one last weekend was even MORE epic!

Epic: “a legendary work of art”

I’m SO proud that I pulled it off. I’ve hosted over ten of these parties, and they don’t get any easier. They’re SOO much work, and I don’t even break even. A labor of love, for sure!

In fact, this one will be my last for a while. I’m looking for someone I trust to take over TBK party organizing so I can focus on other projects. If I can find someone, you can expect the next one to happen in the fall.

I couldn’t do it without my core group of volunteers – the inner circle. And my partner, who doesn’t even like big party public sex. He’s an invaluable, supportive manager. And the party guests – they bring so much great energy and enthusiasm!

Let me run you through it.

We rented a big, secluded house in the country, on a lake. GORGEOUS.

The only thing that was mandatory was the beach; all the others were optional. 🙂

The two big rules were CONSENT, and NO DROWNING.

Here I am, taking balloons out to the mailbox: 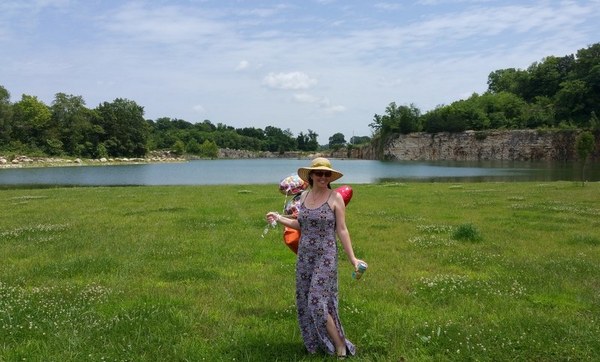 Our friends catered the party – so delicious! Kebobs, fruit, veggies… gotta keep your energy levels up!

Guests started showing up at 7pm, wearing beach attire, and quickly stripped down and got in the lake.

We had some props on hand to encourage people, hee hee! Remember when I reviewed these love dolls? 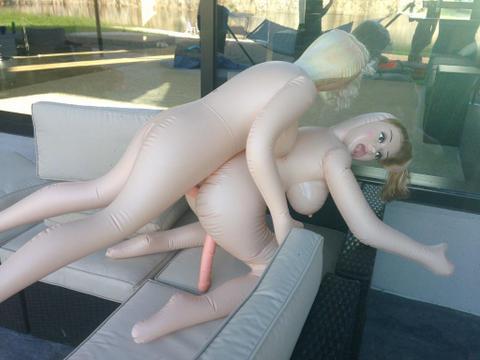 It’s important to pace yourself at parties like this and not get drunk! We had some party punch and the crowd KILLED it. But the vibe remained positive and playful.

At 9pm, I made an announcement, letting people know this would be the last party for a while, so live it up, people! I thanked the women for being there – a lot of men wanted to attend, but their female partners were too scared. And I reminded people of the rules.

To the crowd, I yelled, “Be sure to ask before touching! If someone says ‘no thank you’, accept it graciously. And as for me, I’m going to drink a glass of water between every cocktail. If I don’t, then by gum I’ll fuck a donkey!”

One of the guys immediately brayed. What a jackass – HA!

And with that, shit really dropped off. People got DOWN.

I brought a spanking bench one of my clients made: 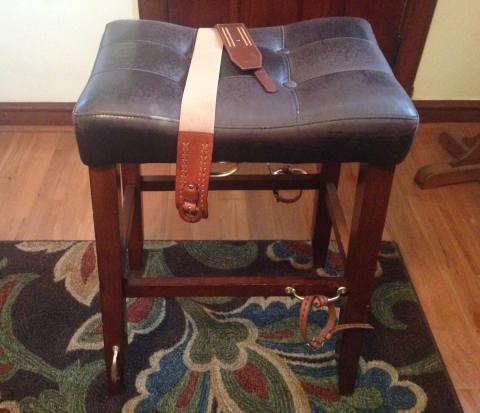 My partner bent me over the bench and had the crowd count 42 whacks – ouch! I loved being the center of attention!

After my turn, a line of women formed who also wanted spankings! Some were trying it for the first time! He was very careful to warm them up and find out what they wanted. It was fun watching their cheeks get rosy. They were so giddy and turned on! Some had tears in their eyes.

If you wanted a less impactful activity, there was a massage table station where a couple was giving massages with homemade sensual oil.

There was one of those rain fall shower heads like this in the master bedroom, and four people were playing in there.

There was a couple relaxing in the big jacuzzi tub.

There were balconies and decks that afforded amazing views of all the debauchery.

There was naked, glow-in-the-dark hula hooping on the beach! You don’t get to see THAT every day!

We had one of our famous girl piles. GOD those are so much fun! So orgasmic, and smells like pussy!

People were just fucking all over the place. It got hot! Good thing we had a lake to jump in and cool off.

In the morning, I enjoyed the peaceful sunrise on the deck with my dear friend Jade. 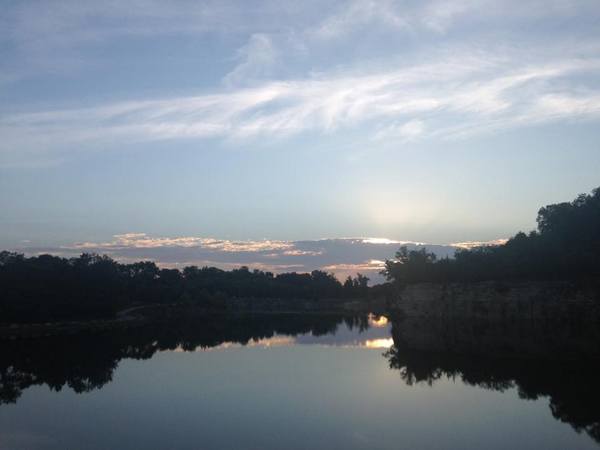 So quiet and beautiful.

At the last party in April, we attended the memorial service of one of her partners earlier that day – this time, she came to the party solo. It was extremely bittersweet for her.

We talked about her loss, guilt, pain, and cried.

I was so happy to pick up so many condom wrappers! Safer sex prevailed!

I’ve heard so much great feedback from the guests – they said it was the best party yet! And we didn’t even get to the nuru pit!

One thing I’m really proud of is the diversity at my parties – the age range is from 20’s to 60’s, black and white. A white woman married to a black man confided in me, “My husband was worried to come – he was afraid he wouldn’t fit in, but it was a great mix of people! He felt very comfortable!”

As for the gang bang, well I have a treat for you! The woman who had it shared her experience with us! You can read it HERE!

Congratulations on the party, Kendra.

What’s a nuru pit? The Google is not helpful on this…

You need to host a pantyhose party. Where all girls come to the wearing pantyhose and we fuck all night. That would be awesome and I would so be there

Would like to know when the next party will be and how I can join. Im new here and would like to meet people

I’d like to know when the next party will be, too! My last one was in October 2019. I wish I could have 2-4 a year, but they do take a lot of work and it’s always challenging to find a venue. Also, pandemic.

Nice story. If you included some nude photos of the women who attended, it would be perfect.