Last Saturday was the night of the Super Moon, the one time of year when the full moon would be closest to Earth. 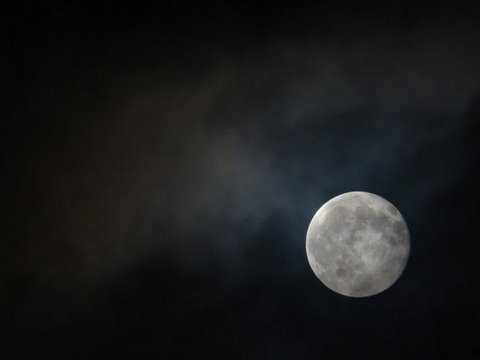 We had spent the day hopping from friend to party to friend to parade, drinking and being merry – it was a full day. It was a LOT of day!

It was a great day.

After the craziness of a busy festival in Soulard, we chilled at our friend Shine’s house. It was a stark contrast to the packed street party that was jammed with people, bright lights, and HEAT – Shine’s house was cool, dim, and surrounded by resting plants. It was just the four of us. 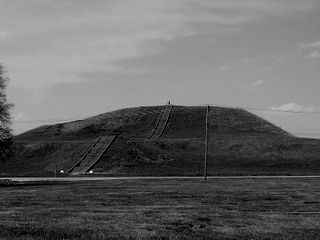 Monks Mound – the largest human-made mound in the United States

She mentioned that the night before, she had been to Monks Mound to celebrate the moon. Monks Mound is in Cahokia Mounds, across the river in Collinsville, IL. Monks Mound is the largest human-made mound in the country. She spoke of how powerful it was to be so close to the moon, fog in the valleys, the energy of all the people who had once been there…. 20,000 people lived there, making it larger than London in 1250 AD.

After a raucous family dinner, we made our way over to Illinois. The surrounding area was a little eerie – rundown homes, race track, landfill, liquor stores, ghost towns – a lot of buried dreams.

It was dark. We parked near the mound. Technically the place was closed, but it felt like a free country and we meant no harm, so we ventured out into the moon-drenched surrounding meadowscape.

I was barefoot, wearing a soft, flowing moon dress. We held hands and walked toward the looming mound. No one was around.

Up the first level we went, then the second. Finally, we were at the top.The air was balmy and pitch perfect. The breeze caressed us as we surveyed the surrounding area. The horizon was occupied by twinkling lights of cities in the distance in the west, north and south, and rolling countryside flowing east. We counted 13 radio and cell phone towers blinking red. We saw a huge flame licking the sky, coming from an industrial plant.

But best of all was the moon above us. It bathed us in silver light, filling us with peaceful, surreal energy.

I lay on a flat wood bench, which easily transformed into a stone altar in my mind. He stripped off his shirt and surveyed the area, walking to each corner, overseeing all.

“You’re going to cause a Bigfoot sighting, you know,” teasing him over his hairy pelt and wild mane of hair.

We hung out for a while, soaking it in.

“I really want to have an orgasm up here,” I told him. It seemed so right – so close to nature and infused with feminine energy.

Of course, he was agreeable, so I gathered my dress up around my hips and pulled my gauzy panties to the side. Licking my fingers, I rubbed myself, and easily retreated into a safe space, energized by the moon, the breeze, the love.

It wasn’t long before he had me bent over the bench and we were fucking, his hard cock invading my soft, secret spot, trying to invade my womb, but he kept pausing to peer over the edge. He was on alert, but I felt like we were the only two people in the world, that all those lights in the distance were an illusion.

Not two minutes after I pulled my dress down and walked with him to the edge did two women appear on the steps. I was so surprised!

But he wasn’t. He had a feeling someone was near, and, like the moon, he protectively watched over me.

Hell yeah! awesome. Glad y’all had fun. I have never had sex up there, which I hope to remedy soon! haha When we all talked about it, I knew it was a great idea. By the way, that supermoon was the closest the moon has been to earth in twenty years!

What a beautiful, primeval story. May your female energies remain strong!

Beautiful story, Kendra! Thanks for sharing. And for sharing your space with me the other night. Xoxo

I drove past there yesterday morning and remembered reading this post. Now a day later, you repost it! Thanks for sharing!

WOW! We must have been on a similar moonlength. 🙂 That moon is up there, shining over all of us, reflecting the mighty sun…

“Originally published September 2018” but there are comments from 2012! Time has slipped you by!