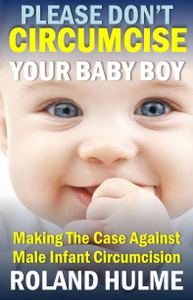 Interesting reading from an intactivist!

Flaying, also known colloquially as skinning, is the removal of skin from the body. – Wikipedia

In the United States, it’s often the default to slice off the foreskin of infant boys. You can watch the three most common procedures here – Plastibell, Gomco, and Mogen. Caution: it’s bloody and brutal and the pinned down babies cry, even though they get numbing injections.

The rate has dropped about 10-20% in recent years. I hope it continues to drop.

I gave birth to my daughter in 2000, and I was SO glad she was a girl. My ex-husband’s family was Jewish, and the pressure would have been strong to circumcise for religious tradition reasons.

Don’t get me wrong – I’m fine with penises that have been cut and scarred, but I hardly ever get to play with an uncircumcised dick, so it’s a treat when I do! They’re so slidy and silky…

I work with a lot of men intimately on their sexual dysfunction, and all of them are circumcised. Granted, I have several lovers, and they are all circumcised and functioning fine. I can only think of one man I know at this time who is uncircumcised, and he moved here from Europe in the 8th grade.

He said it was a shock to his system to be in the locker room with all the other boys. He was terrified he would be forced to undergo the procedure!

He likened it to nipple amputation. “Pretend you were in a society where nipple removal was commonplace, and you were a freak if you still had yours!”

I was curious to read Please Don’t Circumcise Your Baby Boy: The Case Against Male Infant Circumcision, by Roland Hume, a British man who moved to the United States in 2001.

He also experienced culture shock – from our faulty healthcare system, to all the gun-toting mania. But it was the rampant practice of circumcision that shocked him most of all.

I expected his book to be very jerky and ranty, and he does get a little harsh from time to time, but for the most part, he argues his case against circumcision with sensitivity. The ebook is succinct – he doesn’t bog it down with loads of case stories and statistics – just enough to get his point across.

He states, “If there’s just one baby who ends up with their foreskin intact as a result of reading this book, I’ll consider it a success.”

A lot of parents don’t realize they have a choice – hospital staff often assume the procedure will happen, and that they can bill for it and then turn around and sell the foreskins for profit! Foreskins are used for skin grafts and cosmetics testing.

When you slice off the foreskin, you rob the boy of thousands of nerve endings for pleasure and a sheath for protection.

Sometimes the procedure can go terribly wrong – death and maiming – but even when it goes smoothly, there’s no way of knowing if you’ve cursed the boy with a host of life long medical issues – premature ejaculation, lack of sensitivity, maybe even autism!

People who are pro-circumcision for health reasons don’t really have a leg to stand on in our country – we have access to bathing on a regular basis. It really is like cutting off our nose to spite our face.

And religious reasons may seem pretty ironclad, but notice how people pick and choose the rules in the ancient Bible to follow and make weak excuses for why.

People who are anti-circumcision are known as “intactivists.” It’s important for people to remain civil about this highly controversial issue. A lot of people get really defensive about it – they allowed their son to be sliced, or they were scalped themselves years ago, and don’t appreciate their penis being judged.

My mom let my brother be circumcised, and later regretted it, so when my other brother was born, she didn’t allow it to happen.

How about you and your loved ones? Do you propose it should be a personal choice for the person who possesses the penis? Say that ten times fast – and then read Roland’s book and think on it some more.

Kendra: I’m a long-time reader, first-time commenter. Thanks so much for all of the insights and sex-positive messages you share on your blog.

I’m compelled to comment on this particular topic because as an uncircumsized heterosexual man, I have firsthand experience with it. I have no doubt that Roland’s book and the points you’ve highlighted are true, but I wanted to offer my perspective about one specific element that isn’t mentioned here.

There is key part of an uncircumcised penis called the frenum. It’s the piece of skin that connects closely to the tip of the penis to the skin on the shaft. When I became sexually active, I realized that if the frenum or any part of the skin connected to the frenum were pulled downwards, it was incredibly painful.

Over the years I’ve noticed it less and less, but there are still some moments during sex or oral (hand jobs are almost out of the question, as it’s very difficult to avoid exerting pressure on the frenum) when the frenum gets pulled…and wow is it painful. It completely takes me out of the moment. There have been a number of times when I’ve considered getting circumcised, but I’ve decided not to.

Because of this issue–and that alone–I really wish my parents had made the choice to have me circumcised when I was a baby. I’m not here to say that’s the choice anyone else should make, but I wanted to share it with you and your readers.

As another uncut man, I’m familiar with that pain with forceful pulling back of the skin. But it has never been painful during a handjob or intercourse. Wiki says the frenulum is cut in only about 1/3 of circumcisions, or only partially so. So I’m not sure how much a circumcision at birth might have helped you. But you still have all the options. Perhaps there is something that can be done just about the frenulum, not requiring a full circumcision. I also see mention of “frenectomy”. In any case, I’d make sure to get the most expert advice, as some of the most sensitive and orgasm-inducing nerves are very close to that area.

I used to love my foreskin. But a few years ago I had a build up of chalk in the skin, and that made it hard and not flexible. The anesthetic stopped working through the op. Then going into combat (my army days)with a fresh cut sensitive Willy not very funny. That is a bad thing to have done. Shame on the parents who do that to there small boys!
I though the skins were sold as alternative to squid rings.

In Colorado, where I live, the rate of circumcision had recently gone to 50/50. However, the pediatric folks have again changed over to recommending circumcision so I’m sure it’ll go up. When I had my first son there was no recommendation, but 2 years later, they recommended it, citing lower rates of STI with circumcision (not sanitation reasons at all.) I didn’t do it either way. Intuitively, it seems to me that it’s genital mutilation and if you told me I wouldn’t get STIs if I had my labia cut off, I still wouldn’t.

I can’t say I have strong feelings on the matter but if I ever face that question I’ll say “No thanks, Lord Bolton, leave it like it is”

I just wanted to offer that in Australia, circumcision is very rare and usually only for individuals with strong religious beliefs. Regardless of circumcision reducing rates of STI’s (heaven forbid we should teach our boys to wear a condom!) or for any (albeit questionable) hygiene reasons, most Australian women have never slept with a circumcised man because circumcision isn’t part of our modern culture. Most hospitals and doctors make it clear that they do not offer the procedure, and it’s not on our Medicare system (so if you would like to have your son circumcised, you have to pay privately and it’s very expensive). It definitely comes down to what people are used to. Most Aussie girls think a cut penis looks funny!

I had a circumcision in my 50s due to having to squeeze out smegma under the foreskin AND Im Glad I did. I Love the look of my C.Head &/rim. Bite my Head off Honey. Also enjoy massauging it when pulling off.

I got my dad this and feel a little off about it… 😯 https://t.co/zT0BhWisew

The complicated line between being a victim, and being an accomplice. Are you exploiting others, or caught up in th… https://t.co/1bgjuRHGBf

ommmmgggg I think about this ALL the time - when I was a kid and my mom drove me home from the library, I'd sit in… https://t.co/24JaUwEw3H