Erectile Dysfunction: How to Fix It 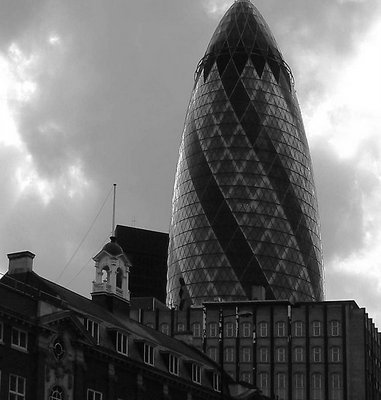 In fact, if you look up “Reason for Erection” on the internet, besides getting some German band’s website, you’ll also find a lot of resources for unfortunate teenage boys plagued with erection problems: Erections during class. Erections at night. Erections for no reason at all. Boo-hoo, must be nice! I hope they remember that 40 years from now!

According to evolutionary psychologist Satoshi Kanazawa, the only biological function of an erection is to allow men to have intercourse with women, with the end goal of making a baby. But hey, we’re human, and sometimes men want to use their dicks recreationally. It can be extremely frustrating when the little head doesn’t play nicely with the big head. Let’s face it – dicks can be unpredictable!

As a sex surrogate, I help out men with all kinds of issues. One of the more common complaints is ED—erectile dysfunction. There are two causes for ED—physical and mental.

Physical conditions may include hardening arteries, high blood pressure, circulation issues, kidney disease, neurological disorders, prostate problems, cancer, traumatic injury, heart disease, diabetes, and more. In addition, prescription medications can be a culprit, as well as drug/alcohol use (the dreaded whiskey dick and that pesky ol’ cocaine), hormonal imbalances, atrophied penis (use it or lose it), and injury.

HOWEVER, there is sex beyond boners and friction and penetration. There is goal-free sex that focuses on pleasure and sensation. Once you can let go of standard expectations, your mind can relax and you can break that vicious cycle of thinking too much and losing touch of the current situation.

Here are a few personal experiences I’ve had helping men deal with their erectile issues. 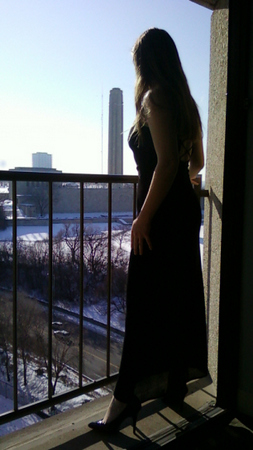 On the ledge of luxury

A silver-haired gentleman contacted me for consultation. At our first meeting, this 68-year-old told me that he’d been divorced for five years, and had been trying to get back into the dating game ever since, but was encountering an unexpected problem. Whenever he got in bed with a woman, his erection waned rather than John Wayned.

I asked if Mr. V if he had success maintaining an erection flying solo. He assured me the equipment worked—except when he was in bed with a willing woman. He was fed up with a dick that left him hanging.

After gathering my client’s sexual history, I concluded V’s problem was more mental than age-related. Low self-esteem was creating performance anxiety. He was dealing with the vicious cycle of dreading a bad outcome, and then getting it, and we needed to break that cycle.

V was definitely nervous that first session, but I did my best to put him at ease, keeping things slow, relaxed, lighting candles and playing soft music. We took off our clothes and got in bed. I explored his body, and he explored mine, but his cock refused to show any interest.

“It’s happening again!” V fretted. “I’m turned on, but it’s not working! Here I am with a beautiful woman and no hard-on. What’s the matter with me? I’m such a lunkhead!”

I assured him that we were on track, however, and not to throw in the towel so fast. It was important that we get to know one another; it might take several sessions to make headway. “For our next session,” I told him, “we are going try something different. Before you arrive, I want you to take one of the Viagra pills your doctor prescribed.”

As instructed, V took his medicine, and the next time we met, he was more relaxed and confident. It definitely helped that we were more familiar with each other. We disrobed and got into bed again. I kept a condom nearby.

This time, he absolutely got hard. Hallelujah! His pleasure tool was back! It worked beautifully. I put a condom on him and lay back so he could try it out. V was eager and no-nonsense in his technique. He penetrated me, and we had sex missionary position for about 10 or 15 minutes, me cheering him on and cooing encouragement until he reached climax.

I felt like he wasn’t having sex with me, he was making love to his own dick. He was ALL ABOUT IT. I was merely a vessel—and that was fine by me. He sure did get his manhood back, and I was amazed at how simple it was.

“Congratulations,” I told him as he was leaving. “Mission accomplished.” But V wasn’t really paying me all that much attention by then. He was already a million miles away, planning his next conquest, no doubt. He left my house like a boy carrying a trophy.

In a follow-up phone call, I told him that it was my hope that he could use the pill the next two or three times, and then once he’d built up confidence, we could do away with it. And that’s exactly what happened.

Fix the Deck Before You Install the Hot Tub 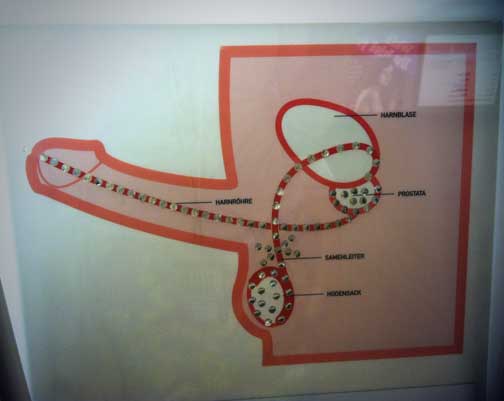 Another client I worked with had a completely different dilemma: He and his wife were swingers in their mid-40s. He had no problem getting it up with her in private, but whenever they hooked up with another couple, to his chagrin, his dong did more swinging than he did.

I had a frank discussion with him, and asked him many pointed, personal questions. I gathered that he was dominant in the bedroom, and that he was having ongoing relationship problems with his wife. Communication was an issue—sometimes they went days without talking.

I let him know that since his problem was mental, he could probably get away with popping a pill as a superficial solution, but that he’d do better to work on the REAL issues at hand. I suggested that he might be suffering from simple stage fright, or that he felt intimidated or less in control in a group sex setting, which threw him off his game. Hey, sometimes the fantasy is better than the reality. But what I really stressed to him was that he needed to work on his relationship.

“I have a feeling you’re trying to build on a shaky foundation, and that is not going to fly,” I explained. “You need to work on being connected with your wife. I think it’s that insecurity that’s interfering with your mojo.”

To that end, the couple has shelved their swinging for the time being, and are working with a counselor to resolve their marital misunderstandings. Will he get his mojo back? Only time will tell.

As I mentioned, things that can remedy ED include making lifestyle changes—stop smoking, meditate, eat less meat, and avoid drunk swinging. You might also consider trying prescription drugs, such as Viagra, or seeing a therapist. (Please note that I prefer trying more natural methods before heading straight for pills and injections.)

When it comes to physical impotence, if all other options are exhausted and the pills don’t help, a penile implant is a last resort. (My dad has the Cadillac of implants, by the way. I wrote about his $10,000 dick here.) Before you succumb to the knife, you can try an external pump, coupled with a cock ring. These are good tools to try, but be sure and do your research on how to use them in order to avoid damaging your precious plaything.

I asked an escort friend of mine if she had any experience with robococks, and she reported encounters with two different men who were proud owners of tricked-out dicks. The most remarkable thing she had to say about them was that if her clients hadn’t clued her in to the fact that they had the prosthesis and had to pump it up, she wouldn’t have been any the wiser. That’s right, they are that seamless and effective. And believe me—she’s seen A LOT of dick.

So, gents, if you ever encounter Whiskey Dick or Limp Prick, don’t despair! It happens to all of us at one point or another. With a little detective work and most likely some minor adjustments, you can hit the reset button and once again be ready to rock out with your cock out. No need to be hard on yourself; that’s counter-productive. Think outside the boxer shorts: be patient, take a deep breath, try to focus on the woman’s pleasure and be in the moment.

Seems like you are doing a lot of people some real good. It’s rather refreshing to read your blog and although it’s comical, it is also doing people tremendous good. The level of positive energy has blended with the strength of your sexual energy making you some kind of… Well, if devils have angels then you must be the flesh and blood flipside of a succubus. This is only what I can see from reading your writings and your pictures on here. I’m sure that your physical presence is nearly overwhelming, everyone is always smiling around you most of the time I bet.

I really enjoy your blog and I think you are helping the world to open its eyes. Whether or not people understand or accept it is another more individualized issue. Please continue to bring awarness through you conquests and never lay down your pen because your voice is a cadence that is brings a lift to your readers gait.

Posted at a poignant time for me.

I’ve had issues for years now and it’s all mental and it’s a depressing horrible cycle. I haven’t broken it yet, and it’s even affecting my alone time.

I’m the one who always advises others to seek help when they need it, yet in this case I don’t follow my own advice at ALL.

Here’s hoping I’ll take your (re)posted words to heart and get to work again on me.

Me with my dad this morning, me in the afternoon, about to charm a client as a dark fairy goddess. I’ve hardly been… https://t.co/bboDfRnVek

Dad this morning, mugging for the camera, wearing his “THUG NOTES” shirt, eating bacon & flirting with the ladies.… https://t.co/NnkU4xmCVU

(Dad is resting comfortably in this pic, I took it last week) As a funny joke, I sent to family saying, “OMG, they… https://t.co/qgHKXqEEoE