Do Women Have a Higher Sex Drive?

Hey, remember when I featured a documentary called Are All Men Pedophiles?

The director, Jan-Willem Breure has a new film out called Do Women Have a Higher Sex Drive?

I got a chance to watch it. It was very thought provoking.

I asked Jan-Willem where he lived, and if women were more in touch with their sexuality there. I asked  because there’s definitely some cultural influence at play. I wonder what countries or places are best for women to be more sexually authentic. 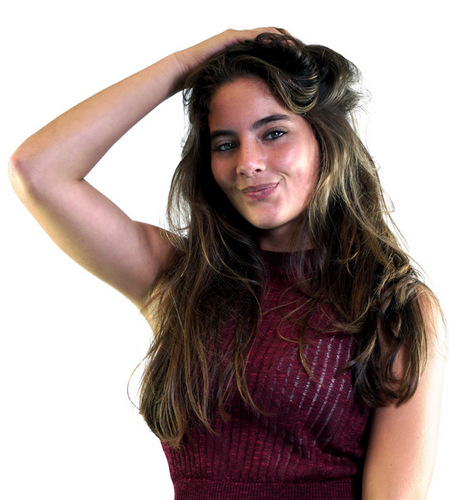 Do Women Have a Higher Sex Drive?
sets the stage with examples of equality and how women are rising up in society, despite the patriarchy.

I’ve never had a male orgasm before, but from what I gather, female orgasms seem to be superior – up to 10 times more powerful than male, and more prolific, when given the right circumstances.

Personally, I enjoy a high libido and have a higher level of testosterone than the average woman my age (mid-40’s). I act out ravishing fantasies
via gang bangs, threesomes, and roleplay. I like to joke that I am bi-furious!

In my line of work, I hear from so many men in their 50’s and 60’s who tell me their wife is not interested in sex anymore and never initiates.

BUT so many of my female friends complain bitterly about their low drive male partners!

I recall so many times in past relationships where I stood in the doorway of my ex’s home office, asking for sex. They would have their back to me, at their computers. Frustrated, I would give up, and they would resent me pressuring them. Thankfully, my current partner of ten years and I have well-matched libidos and great communication, so we both get our emotional and physical needs consistently met.

The film talks about a Man Drought: 80% of women like 20% of the men available, whereas men are less selective with who they fuck.

I tell you what – in the United States we have a maturity issue when it comes to men. Men aren’t forced to grow up the way women are, and immaturity is a big turn off for most women. Patriarchy is the fear of the feminine AND mature masculine.

Men need added value in order to be desirable to women. They need to stand out and be more than just a “nice guy“. This film definitely comes from a straight/gender binary perspective.

Birth control pills can be problematic and lower a woman’s sex drive. Artificial hormones affect the brain, sense of smell, and so much more. Just listen to this podcast “Sex Hurts” to learn about some of the terrible side effects this woman suffered from being on the pill.

I was on the pill for years, and partnered with a boring nice guy. I went off the pill and POW! my current partner walked by me, I caught a whiff of him, and was instantly activated! So often men have chosen me, but in this case, I chose HIM. I’ve been following him around ever since!

I’ve read that men only need one thing to become aroused – boobs, or butt, or pretty face. Women need two or more things to become aroused – sexy voice AND strong arms, for instance, or sense of humor AND tattoos. See what I mean? This is why unsolicited cock shots are so ineffective. Women need more than a body part – they need a storyline. And this is why men are more prone to fetishes and latching on to certain body parts. Women are more complicated and nuanced! 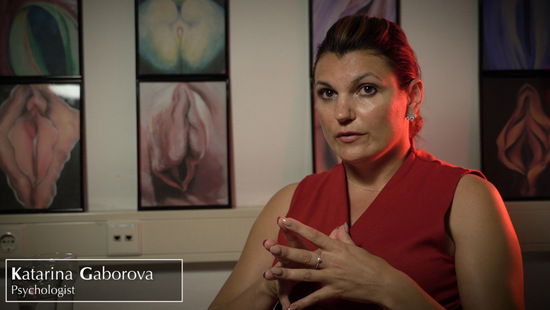 In our society, men are raised to know what they want, and they go after it, whereas women are shaped to hold back and suppress desires. Case in point: if I ask a man what his top three turn ons are, he can list them right away. But when I ask women, they tend to react with surprise, and after a moment, they often reply, “I don’t know.” 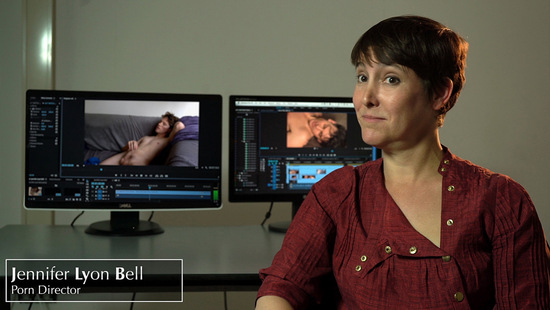 According to the film, in 3000 BC, climate change turned humans into nomads, which brought upon a male dominated society that was oppressive to women. You always hear how prostitution is the world’s oldest profession, but let’s not forget midwifery!

Contrary to popular belief, women in the past knew about birth control methods. And when men decided to control women, they tried to do away with midwives. They called them witches (the etymology of the word “witch” = “power, skill, to know”) and went on vicious witch hunts, torturing and murdering thousands of skilled women. Religion ruined women’s sexual freedom!

Nowadays, it’s important to know that women need to feel comfortable and safe in order to let go and orgasm. You always hear about how men are like microwaves and women are like slow cookers when it comes to arousal and orgasm, but I have firsthand experience that tells me otherwise!

For one thing, I can get off very quickly solo with a vibrator. And at the TBK parties I host, I’ve staged girl piles as icebreakers, where all the women are invited to play with each other. The men are welcome to watch, but they need to give the women space. You would think a group of women would be all sweet, but they shocked me with their raunchiness! They felt the right combination of relaxed and excited and were able to orgasm quickly and POWERFULLY. Sadly, some men didn’t understand this “ladies first” approach and complained about being left out. SIGH

I wish society would get the memo that if women are happy, then men and children will follow suit.

What do women want? Women want it ALL! Don’t hold us back!

Our brains and bodies are capable of extraordinary things – if we allow it.

You can view the trailer or access the full-length film here.

Here is an interview I did with the director of the film. We discuss some of the topics above, and more!

Over the years (decades actually), the three best lovers I have had were self-made millionairesses. I always felt that the hormones that made them excel in the business world where what made them so energetic, enthusiastic, creative, participateiv… in the bedroom. Presumably it was testosterone, but I never found any data.

I think it all depends on who it is. I noticed myself having a big sex drive, but many of my male friends say their girlfriends want less sex than them. Everybody’s different and I guess in some way we must try to respect that. Thank God there are still sex workers in the world :)!

My wife has cheated on me several times in the past few months because I have been suffering from ED and not satisfying her. No discussion, no alternative plan of action. Just me finding out the worst.

If she was suffering from a disease and couldn’t have sex with me and I cheated, I’d be evil.

But I’m supposed to be happy because she fvcked the patriarchy, right?

My little lovely lady is gone. Sweet Bella, she got lots of warm cuddles and prime rib on her way out. The vet fami… https://t.co/BCL2ot58Dx

Not to be religious, but god bless us all. ❤️