I posted my version of this story here. His version is here. And now, let’s hear a few words from Lana, our latest lover, an extremely sexual woman experiencing polyamory for the very first time:

I’ve never been asked to put my thoughts and feelings into words. Creating something that someone will actually read and digest. I am feeling a lot of new feelings and experiencing so many new things…

I had a full week to anticipate our night together. I had many thoughts about what I was feeling…like how humbled I felt and the feeling that I was allowed into the Queen and King’s court. But at the same time, I felt empowered that I made a decision to try for something I wanted – and deserved.

Our night started with me very tingly…almost the whole time,  my pussy was throbbing. I felt sexy wearing a dress that was given to me.

Looking back on it , the dress which was left for me from the Queen… made me want to wear it even more. I looked sexy and felt confident. We never had a moment of silence. Just free flowing thoughts between us.

All week I was trying not to “plan” out the night. You had mentioned a massage and a bath, which I wanted VERY badly. We made our way to the bedroom where candles were lit – such a thoughtful, romantic gesture. I felt special, knowing you were thinking of me. Your hands are so strong and precise. The massage was so very enjoyable.  And then it was time to go out on the town. It was exciting to be out and feeling sexy. My hair down, wearing no bra or panties…having your hands on my ass and caressing my shoulders…I was getting HOT. Playing the “Who would you fuck and why?” game….All new experiences that filled me with liberated joy. We talked all night when we got home, too. And we can’t forget all the times I came!

I have to say with everything that happened that night, my favorite part was after the bath, I was sitting naked on the couch and listening to music, you were almost just thinking out loud. Just coming up with amazing thoughts that stimulated and soothed at the same time. I was just taking it all in and felt so relaxed.

Thank you for a most enjoyable evening….I’m so excited to do it again…next time lets invite the Queen?!

I was so happy to read these thoughts she shared with us!

We made plans for the three of us to hang out together on Sunday night, but it turns out we couldn’t wait that long…

We had been to Taboo once before, just as observers. This time, I wanted to do more – strip down, get spanked, be watched.

Matthew didn’t seem to be feeling it. He asked, “Why do you want to go there and hang out with people you don’t like?”

He was referring to the creeps who often frequent places like that. The last time we were there, one of the first “Doms” to hit me up when I joined FetLife four years ago circled us like a shark.

But there were also so many great people there! Jade and her crew. David Wraith and his date du jour. Plus, many more… I love the place! It has a sexy vibe. AND I’m an exhibitionist. The energy from other people turns me on.

I did my best to explain my position, but he informed me, “I don’t think we’ll find ourselves there tonight.”

I was disappointed, but figured we’d still have a  fun, full evening of visiting friends, and I could always get spanked and fucked when we got home.

Eventually, we made our way to a bar where Lana was. It was great to see her.

I told her, “I was wanting to go to Taboo tonight, but Matthew isn’t that interested.”

She asked what it was, and when I told her, she declared, “I want to go!”

She had never been to a place like that before, and was really excited! I was, too! Our eagerness was infectious and Matthew agreed to take us. Yes!

We stopped by her house so she could quickly change into something more provocative.

While we waited in the car, I drunkenly remarked, “It’s interesting how when it was just me who wanted to go, you weren’t down, but now that Lana wants to go, you’re all about it.”

He resented that statement! We heatedly tried to explain ourselves, but time was short and we weren’t getting anywhere, so he hissed, “ENOUGH. This is a misunderstanding we can clear up later. Let’s not let this ruin the evening. Understand?” 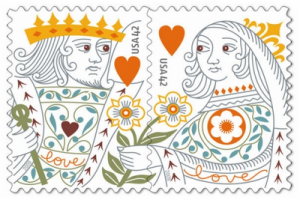 King and Queen of Love!

So I took a deep breath and mentally threw the spat out the window. It was easy to do, because it had no weight to it, there was no baggage attached. It was a petty postcard, not a suitcase full of misunderstanding and disrespect.

Right then, she emerged from her apartment, wearing a tiny red skirt and a blouse that exposed her luscious cleavage.

She excitedly climbed into the car, and we drove off to Taboo, back on track.

I understand Matthew’s pique at the question that set it off: that sounds like jealousy rearing its ugly head. That you tossed it out of the car so easily takes the edge off, but in the asking I can see warning flares going up in his mind.

Guys are simple creatures, you women easily forget. We aren’t complex, like you are. So a simple change in the group dynamics such that he is now outnumbered in voting for going to Taboo and his acquiescence to democracy in action (as seen in the male mind) is not fraught with subtle meaning (as seen in the female mind). And who can fault anyone for deciding to embrace being dragged where you don’t especially want to go, rather than be the group poopy-one? If ya gotta go, might as well put a happy face on it and enjoy it. And would you really prefer he do the moaning thing???

Yeah, I know, women are happier when their guys are miserable. But remember, guys don’t think like that. Conniving just isn’t in our makeup.

I get what himself is saying but…. I’ve been exactly where you were too, Kendra, in asking the question which quite understandably pops up in a situation like this. I think it’s irksome because it’s so damn true.

In long term relationships, it’s easy for one partner to turn down an offer from their significant other because it is so easily available. Then turn around and accept that very same offer from a new interest/paramour because that person isn’t so easily available. It’s annoying for both parties in the long term relationship because both parties have a viable “leg” to stand on in a disagreement such as this. The new paramour is new and isn’t as available AND isn’t on the stable playing ground the long term relationship is on. So no one knows how long the new relationship may last and so it makes complete sense that everyone would want to take advantage of opportunities presented when all want to spend time together.

However, just because this is true, that doesn’t take away from the fact that, when you alone prompted for a specific venue for your night out, it was turned down. I don’t care what the reasons, or how valid they may seem to one party, it feels like a rejection. So I can empathize, perhaps cause I’ve been there myself, on your chosen response.

My hope is that you both can show each other a little compassion and see where you each are coming from. In my eyes, neither of you is right nor wrong. It’s just a fact of poly – a fact of open relationships. When the relationship is new, when NRE is wild and crazy, maybe there is room for both reactions, especially when you put yourself in the others shoes.

I so agree, Mon-Mon, that this situation easily feels like a rejection. Rejection or being left out, plus feeling like someone else wins is what makes being open a little challenging for me. I want to give it all and I want to keep it all at the same time! Arrrrgh…working on it!
I’m so glad that you were able to remember that you’re the Queen, Kendra! In the end you all win! 🙂

Quote: “Yeah, I know, women are happier when their guys are miserable. But remember, guys don’t think like that. Conniving just isn’t in our makeup.”

I can see every point himself had except this one. This, to me, makes absolutely no sense at all.

Yes, that statement rubbed me the wrong way, as well as, “Guys are simple creatures…” Generalizations like that can’t be fair.

Matthew is no simple male. He is intuitive, insightful, compassionate, intelligent, and self-actualized, among other things. It all adds up to quite a complex and exceptional man.

I do think he and I were coming from different places, but we both share a common goal and priorities. It all ended very well, as you’ll find out in the next post! It’s interesting how things could have gone had we been stubborn, controlling, angry, or insisted on being right. And yuck, Lana would have been stuck right in the middle of it! Glad we were able to learn from past experiences.

Maturity and respect won out, despite me being drunk!

Can’t wait to read the next post, then. Because I can be stubborn (so working on it) and so can my partner (he’s better too.)

For the record, I’m a guy and I’m complex as a muthafucka.

I can say without a shadow of a doubt, Kendra (nor any serious partner of mine) would not have been, nor ever will be happier if I am miserable, or vice versa. Guaranteed. I would never allow myself to be “put” into that situation. To think so is completely ignorant of who she is, and who I am.

I would go into more detail, but you’ll get the “rest of the story” tomorrow. I will say this…what a fucking great night that was!!

I've been following this intense life-or-death drama. It was incredibly brave for Alexei Navalny to return to Russi… https://t.co/43I0rQGMX2

For weeks prior to Jan 20, I was dealing with chest pains and palpitations. It kept getting worse and worse. I thou… https://t.co/eMsMuNnyaR