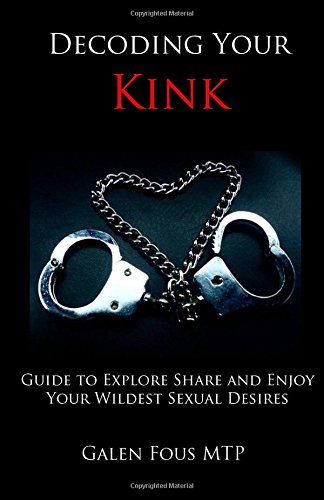 My friend Joan Price introduced me to Galen Fous MTP, the author of this book, and right away I could see why – he’s a Dominant father in his 60’s living on the west coast, and I am a submissive mother in my 40’s living in the Midwest, but we have SO much in common!

We’re both completely out and open about our kinky and creative sexualities. We both went through hell and almost lost everything when we came out with our stories (his outing was forced by his ex; mine was more my choice). We both persevered and are now fully integrated and have a career in the field of sexuality.

As I read his book, I was amazed at how much it mirrored my thoughts on sex and our unhealthy society.

We both subscribe to the King and Queen archetype, and to the beauty of rituals. Galen points out that rituals are tools that help us focus our attention. Natural and innate, rituals are all around us – seasons, rhythms, holidays… 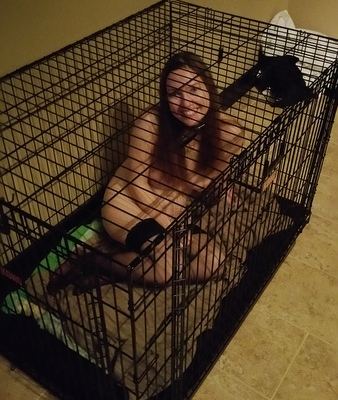 Think outside the cage!

Galen recognizes that we, as humans and animals, have primal predator/prey and mammalian alpha/beta patterns ingrained in our psyche, but we tend to stay in our heads and avoid being in touch with our bodies. We need to work on that – move our bodies, and release places in the body that are “stuck.”

I maintain that our society is constantly trying to deny humans are animals – we avoid emotions, and are disgusted by body hair and fluids. I’m SO happy I have a hair fetish and realize that good sex can be messy and that’s what showers are for!

Let me ask you this: What percentage of the 18+ male population do you think is mature? I think about 20% is mature, and the rest have some growing up to do, thanks to the lack of rite of passages and rampant coddling. Women are forced to mature, aka survive, due to rocky trauma, motherhood, and more, whereas men get to coast along on the paved and privileged patriarchy, which does them a disservice. When I asked Galen what he thought the number is, he paused a moment, then said 5%! I was surprised and dismayed by this assessment. 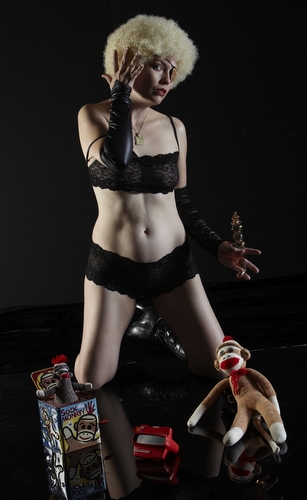 Showing off my kinky bitch look

I asked him what he recommends to men in his practice, and right away he plugged ManKind Project – there might be a chapter near you! He’s been involved with ManKind Project for 30 years. Its mission is to “support men in leading meaningful lives of integrity, accountability, responsibility, and emotional intelligence.”

With kink, you can tap into the sacred or the profane.

With my work, I know a lot of men in their 50’s, 60’s and 70’s who want to explore their kinky side, but unfortunately, there are very few women 55+ who are kinky. This make it challenging.

I asked Galen how he found playmates, and he said the internet has been his main tool. FetLife is a good platform to find your tribe. He recommends sharing your kinks with a potential partner as soon as possible, in a matter-of-fact manner. You can plant seeds, and allow your date to process and ask questions.

His book offers great tools for healing fear and shame and getting in touch with your sexuality – I highly recommend it! I love how open he is with his own personal journey – he was captivated by female energy, pantyhose and kink as a child! For instance, when a woman would get up from the couch, he would rest his head in the warm indentation her ass left and inhale deeply.

So many experts put walls up and take an academic approach – I love when they break down barriers and are more personal and relatable like Galen is. It makes it much easier for us to shed our shame and embrace the things we think about in the 10 seconds before we orgasm…

Being sex-positive is accepting others – including yourself – for who they are.

BONUS LINK: Galen shares his wisdom on how to move beyond FRICTION sex, and enter the realm of deeper, more fulfilling GOAL-FREE sex that incorporates both the mind and the body.

SUPER helpful. Thank you so much.

In a previous post, you blog about what a man should be. To me that post was difficult, because while you say it, and I agree with it, becoming those things isn’t easy at all. It’s so difficult to overcome a lifetime of shame, of feelings of worthlessness, of a complete lack of confidence.

This post offers hope for folks like me, first to understand that we’re not aberrations or monsters, and secondly that there are people (like you, Kendra) who are willing to help shape the confidence and allow the desires buried within to be safely explored and examined.

Awww thank you so much! It’s nice to know this. 🙂 I have so many great topics in the queue!

I think the assessment of “mature” males is spot on! It’s appalling that so much of the male population has never left the trappings (emotional and physical) of childhood, and I think that it’s the root of so many of our problems today. Listening to my daughter talk about her dating experiences, I think that the root of the “fuckboy problem”, as she calls it, is that they have not made the mental step into manhood and assumed responsibilities to go along with their rights.
It used to be that the military was a good rite of passage for young men, but that’s being stripped away as well in the last few years. I’ll be interested to read on the Mankind Project, thanks for posting the information, and for being who you are. Truly, you’re a gem.

Ha, thank you. Yes, the “fuckboy problem” is epidemic. A strong, mature man who is in touch with his feelings is so sexy.

What an excellent write up. I strongly agree but in the less developed continents not as many men can free discuss about their sex life. Truly the internet has become very handy and both men and women with open-minded brains have been able to explore their “kinkiness” and sexuality. Once more thank you Kendra for such a thought provoking post.

I guess the question that I have is what can be categorized as a kink what I thought was a kink , Isn’t really one at all from what I heard. For example, I think a kink is older women over the age of 40, Loving to sleep with a younger black man is a kink.. apparently not, what do u say to that Kendra?

I think it’s all fun to think about! Hooray for creative sex. Here are some posts I’ve written about the sex spectrum and my fetishes:

The Mad Screamer is at it again. 😱 https://t.co/CoManmlF0q