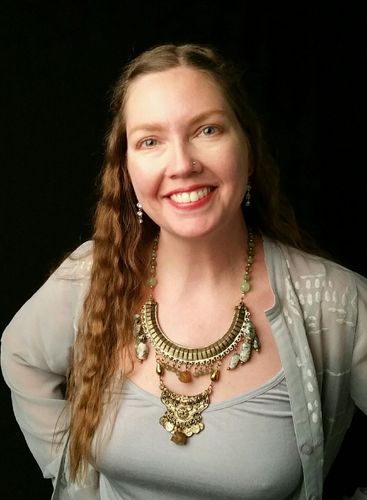 The Beautiful Kind is a sex-positive community blog led by Kendra Holliday. (For her professional consulting website, click here.)

Here, you can get advice, share experiences, and explore new ideas about sexuality and relationships. This site strives to bring shy folks out of their shell, and offer a safe haven for those exploring their sexually creative side. Our sexuality is connected to every aspect of our lives. All genders, sexual orientations, lifestyles, and fetishes are welcome here. Open, honest, and authentic, The Beautiful Kind is sure to entertain, educate, titillate, and inspire.

The Beautiful Kind was launched in Oct 2006 as the personal blog of creative visionary and self-proclaimed slut, Kendra Holliday. As an anonymous blogger, Kendra started the site as her personal space to vent gripes. She mainly commented on things that got on her nerves, which was a lot, as she is the crazy cat lady of pet peeves. 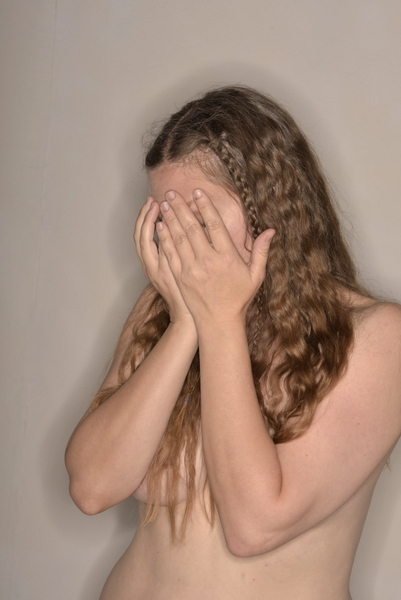 In May of 2010, The Beautiful Kind came to a screeching halt when cached information from a social media search engine revealed personal information about Kendra, allowing her employers at the time to discover her identity as a sex blogger. Upon finding out what she did off the clock, they promptly fired her. At a time when personal privacy with social media was a controversial topic, the story went viral and spread like wildfire across the web, making news with outlets like Glamour, Huffington Post, Inc.com, BUST, Jezebel and others. Following her termination, The Beautiful Kind was taken down pending a decision as to its future. The site relaunched one month later.

Determined to face everything head-on and truly own her open and honest philosophy, Kendra decided to come out and reveal her identity in October of 2010. In conjunction to putting her face and name to the site, her life story was featured prominently in St. Louis alternative weekly publication The Riverfront Times. The transition to going public was not an easy one, as Kendra faced serious challenges, the worst being a lawsuit from her ex-husband, suing for full custody of their child. After a year-long struggle, the case peacefully resolved in November 2011, with both parents still a part of their daughter’s life.

Despite these challenges, growth continues. Much more than a blog, the latest incarnation of the website is more educational, empowering, and accessible. The site features a stronger focus on community.

A TBK YouTube channel was launched and public speaking engagements have been booked. Kendra presented at ideaCity 2011 in Toronto, as well as Show Me The Blog and Playground Conference. In addition, Kendra co-founded Sex Positive St. Louis, an outreach and education organization.

The United States is enduring one of the most sexually chaotic times in its history, and The Beautiful Kind is proud to play a key role ushering in a sexual Renaissance of love, acceptance, and positive energy. 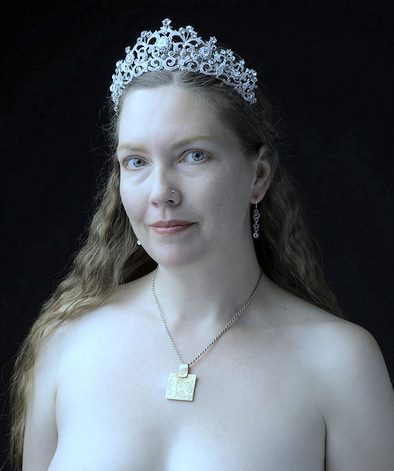 She is co-founder of Sex Positive St. Louis and serves on the Sexual Health and Education Advisory Committee at Brown School at Washington University as a community member.

Featured countless times in the local alternative weekly The Riverfront Times and winner of their Web Award for Best Sex Blog, she has also been placed in the Top 10 of Top 100 Sex Blogs for many years.

Kendra has a professional consulting site Be Open and Honest, where she offers sex and relationship advice and sex surrogacy (talking and hands on intimacy). She has presented at The Ethical Society and Brown School at Washington University in St. Louis.

In her own words:

I’m an out bisexual sex worker, sex surrogate, fetish worker, pro domme in St Louis MO, the buckle at the top of the Midwest Bible Belt!

I’ve been through the wringer when it comes to persecution. See my timeline of trauma – molestation, rape, fired for my sex blog, sued for my sexuality:

I have a severely mentally ill mother, my teen daughter is asexual, and I’ve experienced some crazy raw dog kinky shit! Like, pooping in a guy’s hand, puking on someone, spanking cross dressing sissies, and forcing a man dressed in a pink teddy to chug a mugful of SEMEN.

My man got me a gang bang for my 40th birthday! Here’s a video I recently did – I’m starting a sex-positive church!

Matthew Allister Cask is Kendra’s partner and confidant. Joining The Beautiful Kind vision circa 2008, he has been a supportive and inspiring force. Raised by a southern gentlemen, Matthew, a divorced father of two, believes that chivalry is not dead and is committed to furthering that belief through his actions and writings.

Dedicated to the idea that this country needs more confident, honest, and outspoken women, he encourages Kendra’s bold, unconventional choices and eschews double standards. Matthew looks forward to the day when a person’s sexuality no longer comes into play when judging character, value or status in society.

What They Are Saying About Kendra Holliday 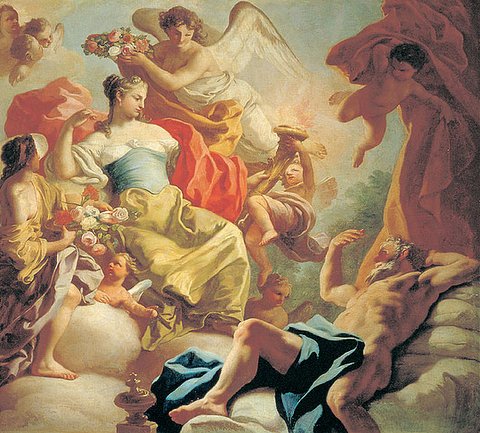 Ms. Holliday is an inspiration to many people in person, as well as through her online and media presence. She co-founded Sex Positive St. Louis, which has proven to be powerhouse in the Midwest for raising awareness about human sexuality, in a healthy and respectable environment. Ms. Holliday has been invited to speak at a number of Universities and conferences (Including Washington University and IdeaCity), as well as interviewed for radio, video and print. She represents women very well.

She started Sex Positive St. Louis, a not-for-profit organization encouraging a sex positive community. She has also bravely come out into the open by putting a face to her previously hidden identity as a sex blogger, despite the repercussions involving community criticism, rejection and a child custody battle.

She has worked to encourage positive views regarding women and sexuality and has worked to dispel stereotypes and unfair treatment of other groups, regardless of gender and orientation.

Kendra helps women own their happiness and health. She addresses sensitive topics in a matter-of-fact, approachable way. She bravely leads by example, putting her face and name to her cause, despite past persecution. She fights for sexual civil rights and promotes sex-positive parenting. She teaches compassion and wants everyone to be accepted for who they are. She does events, demos, discussions, talks, articles and podcast.

Kendra is an inspiration. As a single mother, she’s come out as a sex educator and has embraced her sexuality, urging others to do the same. She advocates for women’s rights, as well as LGBT rights and sex education. She is a free spirit and a mentor for many, promoting health body images for all women and men, and distributing frank and factual information about sex and sexuality. She has been blogging for several years, and Sex Positive St. Louis is the newest non-profit chapter in her quest.

She makes you see that you can be a good mother and a sex kitten, too. She tirelessly promotes, to the point of putting her family in situations where she could have lost her daughter simply for what she chooses to do in the bedroom.. She does an advice column, offers couples sex therapy, has parties that celebrate all aspects of women’s and men’s sexuality.

She is the most amazing sex blogger in the world. She started Sex Positive in St. Louis, the first of its kind in the south and midwest. She has inspired my own blogging and my writing, both as a popular writer and as a professor of philosophy. She gives so much to our community and has helped my and my-teachers with our Sexual Ethics big lecture class. She is supportive and empathetic, just an absolutely amazing human being.

Kendra Holliday is an amazing woman, who is sweet, caring, and eager to help others fight against injustice. She inspires others and makes them feel good about themselves. She is often the speaker and educator at retreats and workshops. She also writes an advice column in her hometown newspaper. She is out to help in as many ways as she can. She runs a website and podcast dedicated to helping others too. Kendra Holliday has been an activist for years.

This woman has a story like no other, she is an inspiration to me and many many others with the work she does and the trials she has had as a mother! She is an advocate for the ability and right to express your sexuality, whatever it may be!

Kendra Holliday is open and frank about all matters concerning sexuality in a way that is liberating, educational, and unusual. On her website, The Beautiful Kind, and in person, her passionate and frank discussions about all matters concerning sexuality are educational, and provide the public with important information that can’t be found elsewhere. All her educational work is done strictly on a volunteer basis. It is her passion to teach, to inform.

As a Co-Founder for Sex Positive St. Louis, Kendra works to bring the different communities in the St. Louis Area together. SEX+STL is important to the area because people in part of the country need to accept each other and their diversity that they bring to the table. Kendra works to educate people about the different lifestyles and sub-cultures in the St. Louis Community. She is an activist, and works to help others accept themselves for who they are. Kendra is an awesome lady, and think that she should win this. She is passionate in what she does. Kendra, holds events with SEX+STL, leads talks, fights for sexual civil rights, and inspires others to feel comfortable in their own skins.

Kendra is a passionate advocate for the sex-positive community. Kendra has consistently advocated for the idea that all adults should be free to experience life to the fullest, including any consensual sexual activities they elect to participate in with other adults. She has maintained this advocacy in the face of tremendous adversity and at great personal cost, including the loss of her job. Through her blogging, she brings a tremendous amount of information to her readers. Profiles of interesting people, issues of concern, resources, events and other topics are all addressed by her pen. The information provided and questions raised all combine to help coalesce her readers into a community.

She is an outstanding individual who is passionate about erasing hangups people have on the subject of sexuality. She blogs and has spoken publicly on the subject. I believe she has been working on this project for over 5 years.

Kendra has been a tireless advocate for responsible and open sexual freedoms for years, despite facing tremendous levels of threats and personal attacks. She has shown unbelievable courage and compassion. She has touched the lives of hundreds of people, and I am very proud to nominate her for a Godiva award

She interviews people in the local community and shares their stories, as well as organizes workshops and discussions about human sexuality.

Kendra and the other leaders of Sex Positive St. Louis are actively working to promote gender and sexual equality, tolerance toward gays/lesbians/transgender folk, and the open and honest education of young people as well as adults to the realities of life. She has put her life and career on the line for her beliefs, losing a job over them, in fact, but has never faltered in her efforts. Kendra has been working on this cause for several years. I am not clear how many, but I do know that she found a new job just a few months ago 3 years after being fired for her cause.

Kendra has persevered through workplace discrimination and a difficult divorce to spread her message of love and joy while raising her daughter as a single parent. She is a courageous example for everyone who yearns to do the right thing, even if it’s not the easy thing.

Bound: A Daughter, a Domme, and an End-of-Life Story

What the heck is going on with my orchid? 🤔🌸 https://t.co/aOr4Ul3dkQ